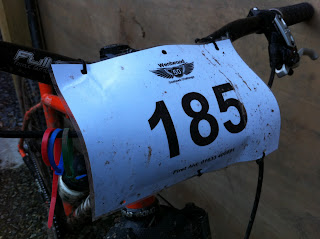 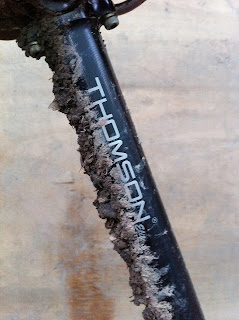 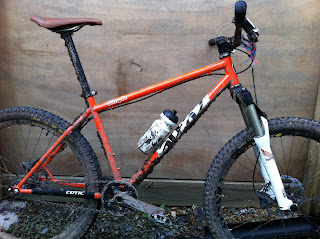 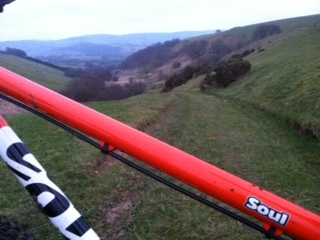 St Davids day, and leaving behind the smell of freshly baked Welsh cakes, I snuck out for a quick spin on the small Cotic Soul before it got dark.  It was a stunning evening in the West Wales hills, and after riding the little BFe a few times recently it was great to get out on the Soul and have a taste of something different.

Turning in the opposite direction of the Brechfa trails, I scooted up the steep road out of the village and linked up a couple of bridalways to make a loop.  Straight out of the house I wondered how that first big hill was going to feel, but there was no need to think about it - I know people say 'its not about the bike' - but this little demon was just mega responsive, every downward stroke of the pedal it just seemed to propel me further upwards. I haven't done that much technical climbing on recent rides, yet this little Soul combined with the super plush Marzocchi 44's was just skipping up over the gnarly bedrock as the sun was starting to disappear behind the hill.

There are days when you are just meant to be out on your bike, and this was one of them, and the right bike was making it ever more the perfect evening.  As the sun went down, the remaining light on the hills was a glowing soft pink as I reached the open hilltop and paused to drink in the view of the valley below, inviting me into them with open arms. Everything was extremely still and quiet, a farmer on the other side of the valley was feeding sheep, their calls echoed across.  Once fed there was silence, then, just the sound of Maxxis tyres on grass and gravel, and the rush of air in my ears as I launched into the long descent home. Swooping, blasting, sliding a steam crossing, all in a days work for this little bike.

Time for a welsh cake.
Posted by Bikebrechfa.co.uk at 14:11 No comments: